For gamers who enjoy the action shooter genre with a Minecraft aesthetic, Pixel Gun 3D - Battle Royale is no longer a mysterious moniker. You can see how popular this game is by the huge amount of downloads it has received so far. If you don't know this game yet. You will immediately be enchanted and in love with it.

The game was published by the company of the same name; being a publisher, they took their work very seriously and with great enthusiasm. Unlike PUBG Mobile, the visuals in this survival game are made of pixels, or square blocks, just like in Minecraft. You shouldn't miss this game if you like Minecraft.

The gameplay is similar to other battle royale games, except for the aesthetics. 100 participants face off in a match, which takes place on an island after disembarking from a plane. The task of gathering supplies and surviving in this hostile environment falls to you at the time. The only difference is that this appeals more to Minecraft fans than other battle royale games, which offer more realistic gameplay.

Take part in the fight

When you first enter Pixel Gun 3D, the Minecraft aesthetics will amaze you. Before, this style used to be seen only in sandbox games, but now it is integrated with gunfights. Since very few are able to merge the two properly, you won't be able to discover any other game like this one. To become an expert shooter, you must play, participate in competitions and eliminate your opponents. You may feel unsure at first about how to play, but with enough practice, you can quickly become an expert in both mobility and weapon use.

A wide variety of game modes

The abundance of gameplay options and the selection of over 30 maps is one of the factors behind the game's popularity. Each map is set in a wonderfully created new setting, such as the kitchen of a house, a space station, in the middle of a desert or even a crumbling metropolis. They are so brilliantly constructed that you can spend the whole day without getting bored.

Lots of weapons to collect

The most crucial component of any combat is the weapon; without it, you could accomplish nothing. Skill alone is still insufficient. And, in particular, the game has a vast arsenal of effective weapons at your disposal. Take your time to study the traits and strengths of each weapon so that you can choose the one that suits you best.

Despite simply using 8-bit pixel graphics, the game's visual effects will leave you happy. The unique visual effects are what sets Pixel Gun 3D apart from other survival games on the market today. Why doesn't this game attract as many players as Minecraft when its only visual elements were square blocks?

Minecraft plus a battle royale game is a fantastic combination. There are not many completely new survival games in 2019, so Pixel Gun 3D will be a game definitely worth playing. Are you ready to take part in the most fun survival battle royale this year? 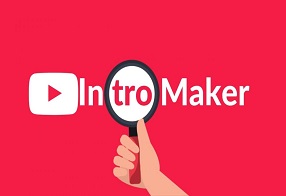