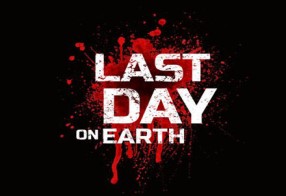 Your mission is to survive! but it will not be easy because in the game your character will suffer from thirst as well as hunger, you must search for resources and thus create transport and weapons, everything can be useful to defend yourself from the undead.

But not everything stays there, you will find other survivors who may attempt against you using force or cunning to get your materials and food. You must create a fortification and trap because the zombies will not only be your enemy.

What is Last Day on Earth: Survival apk?

Last Day on Earth Survival hack is a cool zombie game that combines strategic elements with action and survival, the whole game takes place in a post-apocalyptic world.

An outbreak of an unknown infection occurs in the year 2027 where it almost completely wipes out the human race. The dead began to rise becoming zombies and those left alive thanks to their immunity must survive.

A Post-apocalyptic World Plagued by Zombies

In Last Day on Earth: survival we will find an infection that transformed more than 90% of people in the living dead hungry for human flesh and the rest like you are immune.

You must create a strategy and survive at all costs, its realism and difficulty has been an excellent formula in this game, because believe me… you get completely immersed.

We must not only kill zombies

Concentrating on just annihilating zombies is not the only way you should choose because your character also needs certain elements such as food to stay alive, you must build a shelter to increase your chances of survival.

The best strategy and survival

It is important to always have the map to move around, starting the map will have the options a little reduced but as you advance it will expand more, hunt different types of animals and collect plants.

Kefir Games did an excellent job in the creation of this game, enjoy in full all the details that the map can offer you, the day, the night quite realistic. All accompanied by a unique soundtrack.

How to activate the Watchtower in Last Day on Earth?

In order to activate the Watchtower, it is essential to build an electric generator to energize it. Another important point is the complete cleaning of the area so that the enemies do not pose a real problem.

How to contact the Last Day on Earth looters?

To make contact and so we can get the coordinates of the base of a survivor, you must have a radio that has the citizen band, turn the dial and in this way you will be in tune with the leader who will send in a matter of minutes to his thugs.

How to unlock the second character in Last Day?

If we want to have contact with other survivors we must complete a mission and then we will have a second character that would be appearing after level 30. When you get access to multiplayer you only have to nickname your friend to add it.

When do Last Day on Earth looters appear?

The career as a looter starts from level 150, that's when they will visit you for the first time but sometimes they can also be motivated in the interest of our players.

Where to get Last Day on Earth hammer?

It is very common to find it in the locations of the old world, but if you want to get it for good you only have to visit the following places: police station, alpha bunker, npc, looting.

What is the best weapon in Last Day on Earth?

Throughout the game there are two weapons that will be used the most, the crowbar being the first and the butcher knife the second. But when it comes to the crowbar, it is considered the ultimate as it maintains an excellent balance between damage and attack speed.

How to obtain Last Day on Earth Carbon Composite?

It is quite complicated to obtain it, the best way to do it is by dementing firearms with low probabilities. You must recycle the firearms that have a durability greater than 25%.

Where to get the gas cylinder in Last Day on Earth?

This fuel lasts about 9 hours and you can only get it in two ways. First in the seasons that are after the second and the classifier of the strong moss. Second, you must go down to level 4 in the brave bunker.

How to get lead in Last Day on Earth?

The first way is recycling car batteries and anti-radiation clothing, this way has a low probability. The second way is to use the press to convert lead ore but you must travel to the swamps.

If you want you can start with the game and gradually go through the challenges that will become more difficult, you decide when to activate the MOD to solve problems easier.

MOD menu does not appear?

Go to Settings -> Applications -> LDOE -> Allow applications that can appear at the top. Close and open the game again!

Can the MOD be used in sector 7?

Unfortunately not yet, it is a new area with higher security, so do not login in Zone 7 or you may lose all your data.

Last Day on Earth: Survival gives a lot to comment, it would have to be written 20 times more than what has been said. But it all boils down to an apocalyptic work of art full of zombies, you just have to follow the first law "survive".

Leave in the comments your Experience ?.